Welcome to the World ballroom championship were all you sense are being please as you held men’s ballroom shoes tap across the floor as beautiful women in their lovely evening gowns sore across the floor. The competition goes on as you wonder how they continue on with such beauty and grace while demonstrating such skill and determination. Ballroom dancers are truly underrated athletes they push themselves just as hard as any other professional athlete. Also let’s see any other pro sport try to do it in women’s ballroom dance shoes. Enough of my ramblings that is not why you have come so let us talk a little bit of the history of this great sport.

When Camille de Rhynal started to hold annual ballroom championships in Paris is 1908 who would have guessed that it would have turned into a world championship. Though recorded of Camille de Rhynal’s championships were sketchy and almost nonexistent it really did contribute a lot to the modern championships. The sport was split into amateur and professional levels in 1922 and complete records started being kept. 1922 also was the year were a single world championship was awarded instead of titles to each dancer. From 1925 to 1939 The World Championship were held in Paris, France with the exception of one year that it was held in Nice, France (the fifth most populated city in France).

The World Championship only became official in 1936, and with the Second World War starting the championship was put on hold for six years. After its revival in 1947 the world of professional ballroom dancing was becoming fragmented with organizations competing for domination. The feud was put to an end in September 1950 when the International Council of Ballroom Dancing was founded. The ICBD was the first international professional dance organization. Also with the establishment of the International Council of Ballroom Dancing all other ‘World Championship’ competitions were boycotted.

The International Council of Ballroom Dancing was renamed as the World Dance & Dance Sport Council (WD&DSC), and then again renamed as the World Dance Council. The Modern Competition is held every year in July in various host countries. Since the start of the sport many of the champion have come from all over the world with the latest of being the 2015 champions Arunas Bizokas and Katusha Demidova representing the United States of America. Arunas was born in Vilnius, Lithuania and Katusha was born in Moscow, Russia. Arunas & Katusha started dancing together in October 2007. They won their first World Championships title in September, 2009.
To learn more about latest, 2015 champions Arunas Bizokas and Katusha Demidova please visit their website at www.arunasandkatusha.com 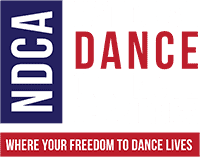 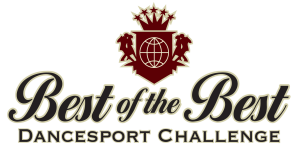